If elected mayor of New York City, Brooklyn Borough President Eric Adams will become the first vegan to hold that position, which he plans to use to persuade others to eat less meat and way more vegetables.

After dealing with the crippling symptoms of type 2 diabetes Adams turned to a plant-based diet. Since then, as borough president, he has campaigned for and helped pass legislation that banned processed meats and created meatless Monday lunches in city schools; created a plant-based diet program at Bellevue Hospital, which the city owns. 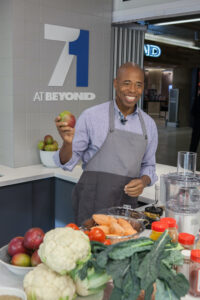 Courtesy of the office of the Brooklyn Borough President. (Credit: Erica Krodman)

“Every dollar spent on this [nutrition] probably could save hundreds of dollars down the road,” Shah said. “I always believe in prevention rather than treatment because Western medicine is all about medicine … But that’s the wrong approach because the cure becomes very, very expensive, compared to prevention, in the long run.”

“Meat is an issue both from a public health perspective as well as an environmental perspective. And that is important to the borough president,” said Atcheson, citing how cows give off methane gas that fuels climate change.

Not everyone agrees that veganism is a good thing. A 2015 study from the University of Arizona found that the general public had a negative view of vegans, and use of the word “vegan” in the marketing of a product hurt consumer perception of vegan foods.

That reality has been a challenge for Adams and his campaign. Atcheson said.  “We usually stay away from the word vegan, and we do focus on the term plant-based because it has less of that sort of stigma.”

Shah, the internist, said the stigma reflects a double-standard: “Corporations have really put it in their mind that milk is good for you, meat is good for you and all those things … So, that is the main reason people are brainwashed against the vegan diet and brainwashed towards animal foods.”

Turning those perceptions around requires early education on veganism, including in school curricula. “And, of course, making a legal change like we’ve been attempting is also very important,” Shah said. 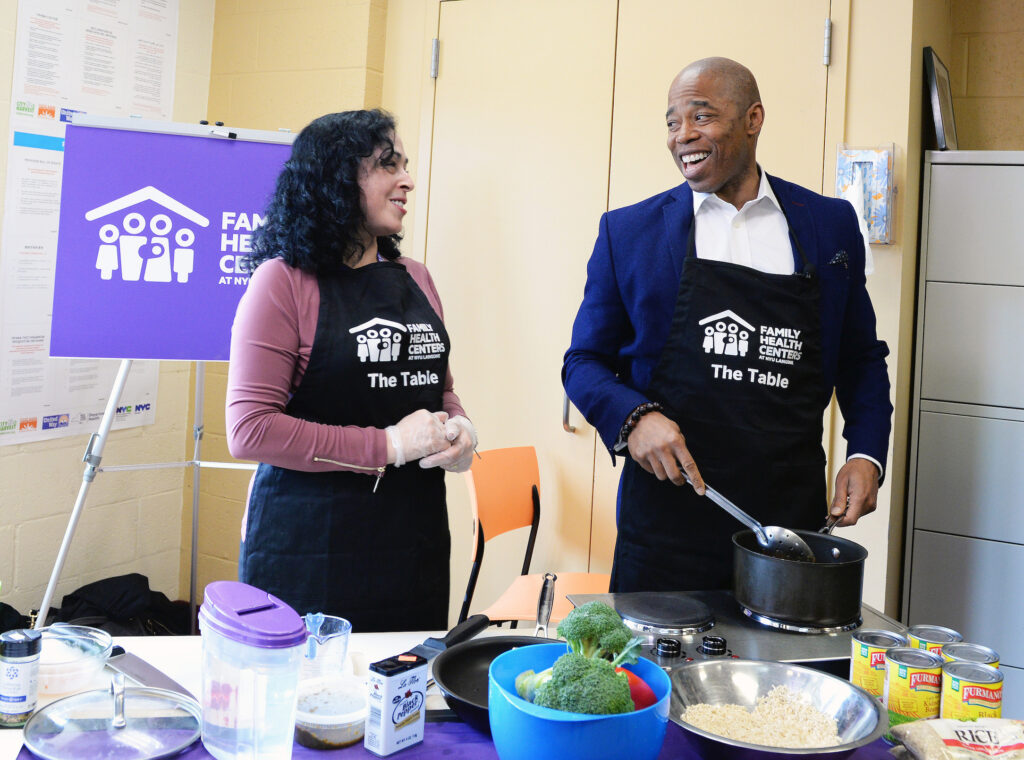 Courtesy of the office of the Brooklyn Borough President. (Credit: Erica Krodman)

Next steps in the campaign for more plant-based foods, Adams’ aide Atcheson said, include measures that would ensure more foods whose production does not damage the environment are available in New York, more plant-based nutrition programs in all New York City Health and Hospitals facilities and more hydroponic farms.