Public Housing Tenants Made 200K Complaints About Bedbugs and Roaches

For the 19 years that he’s lived in public housing, Jaylen Ramos has dealt with a range of problems, including having to boil water and, then, stand in his tub to bathe.

“Just this month, there was no hot water for like two days,” said Ramos, 38, a barber, who lives in the Fulton Houses in Manhattan’s Chelsea neighborhood.

Junior Perez, who has lived in the E. Roberts Moore Houses in the Bronx for more than 20 years, said he cannot even begin to count the number of rats he’s seen in the 20-story building where he lives. In that complex, also run by the New York City Housing Authority, he walks up 17 flights to his apartment.

“If it was up to me I would not be living here. But I can’t go anywhere else because the rent in this city is way too high and I can’t afford it,” said Perez, 24, a shoe salesman at Foot Locker. 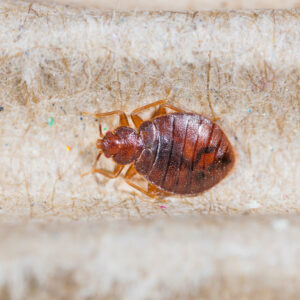 Close up on an adult bedbug. (Credit: Adobe Stock)

Ramos and Perez are among the city’s 555,498 people who either live in public housing or have Section 8 vouchers to rent private homes. Over the past two years, those public housing residents filed more than 200,000 complaints about bedbugs and roaches; dealt with more than 44,000 elevator outages; suffered through 3,500 breakdowns of boilers that are supposed to heat their water and their homes.

“I don’t understand why so many repairs … need to be made. They also take so long to fix, too,” Ramos said.

According to the New York Housing Authorities own metrics, it takes an average of 193 days for electrical work to be completed, 21 days for general maintenance to be done and 17 days to exterminate for pest.

Former housing authority employee Rhina Alcantara said it took 17 to 19 days to resolve issues that were not deemed an emergency; and that the the time it took to repair elevator outages increased from nine to 11 hours, during her five years with the agency. She left in 2020.

“I do think that NYCHA tries its best to resolve issues or complaints in a timely manner,” she added. “But it’s hard when you have over 2,000 buildings.”

In some of them, tenants have formed associations aimed at encouraging city officials to make repairs faster. Perez, whose family is a member of his building’s association, said he hopes that bringing awareness to the problems will improve things.