When Choosing Careers, Should Students Follow their Hearts or the Money?

When she was 10 and told an inquiring family friend that she planned to write books someday, that grown-up’s response “was unforgettable,” said Morgan, 17, a senior at Brooklyn Latin High School.

“He told me that I shouldn’t become an author and that I shouldn’t do writing because I won’t make enough money and I should think about becoming a doctor,” said Morgan, winner of a Scholastic Arts & Writing Award.

She still sometimes recites her writing at poetry slams. But, when she gets to college, she plan s to major in psychology, which, she assumes, will result a stable job and steady income. 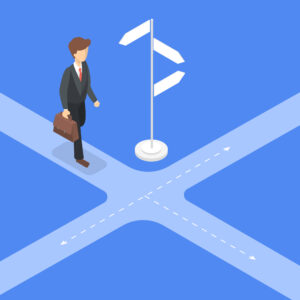 Like Morgan, other students said they feel pressured by parents, family friends and high school teachers to pursue careers in areas other than the ones they really love. Several said that, in particular, they are being persuaded to study science, technology, engineering and math, also known as STEM, instead of liberal arts such as literature, language and writing.

Even while he was campaigning to become the Republican nominee for president, U.S. Sen. Marco Rubio criticized liberal arts as a “degree that doesn’t lead to a job.” In 2019, former President Trump’s administration said it was delivering on its promise to promote STEM  by investing $540 million in STEM education.

“While majors such as English and history provide a deep understanding of each respective subject, they do not necessarily yield a good return on the major investment that is college tuition,” said Rayyan Makhdoom, who will be a senior at Piscataway High School in the fall.

The New Jersey resident plans to pursue a STEM career. “With many of these majors,” he said, referring to college liberal arts majors’ job prospects, “it can take several years before you make the same amount as STEM majors that have just entered the workforce.”

“I was, in my career as a journalist, hired in the second semester of my senior year and that’s because I really made sure I put myself in all the places I needed to be to have that job,” said Riley, by telephone, after discussing the news industry with The Spectrum’s student journalists.

“When I reflect on my twenty-eight years in the business, the lion’s share of those years have been six-figure years,” added Riley, referring to his income.

Syeda Anas, a 17-year-old from Madison, N.J., said she has worked to prove to her parents and other relatives that she can succeed in a career other than STEM. Several of her cousins, uncles and aunts work as engineers, and want her to do likewise.

“Being selected to be a National Youth Correspondent in Washington D.C. really opened my family’s eyes to see that I have the potential to be just as successful without a degree in STEM,” said Anas, 17, a student journalist who represented Madison High School at the Washington Journalism and Media Conference, hosted by George Mason University.

“Every time I doubt myself, it’s conferences and good days at my internship that [remind me] I’m on the right path and I just don’t find that same passion in STEM,” Anas said.